Update 19-05-2022: Due to our work on Pryv.it we were slightly delayed in the schedule initially described in this article. It has been updated with an altered planning.

In the past few years, the app development world has undergone a welcome change with the introduction of Flutter. Flutter came with the promise to make it possible to develop a single app for multiple platforms, while maintaining great performance and design flexibility. We are very happy to see that Flutter has delivered on that promise and that’s why we are making a big change to the AppMachine platform. Flutter will be a big part of that change.

In the coming releases, AppMachine will transition towards a new App Designer experience.

The App Designer interface will change. It will be easier to modify the content and layout of your app. We will add new tools and functions, while at the same time still providing you with the tools you know and love. As it will take some time to implement all changes, we will keep you informed along the way. We hope you’re as excited as we are!

With this release on March 30 have introduced an all new app previewer in the App Designer. The new previewer shows your app as it has been built using Flutter for the Web. When you build your app with the new App Designer, your app will not only become available as a native app on iOS or Android, but also as a web app, a so-called PWA. 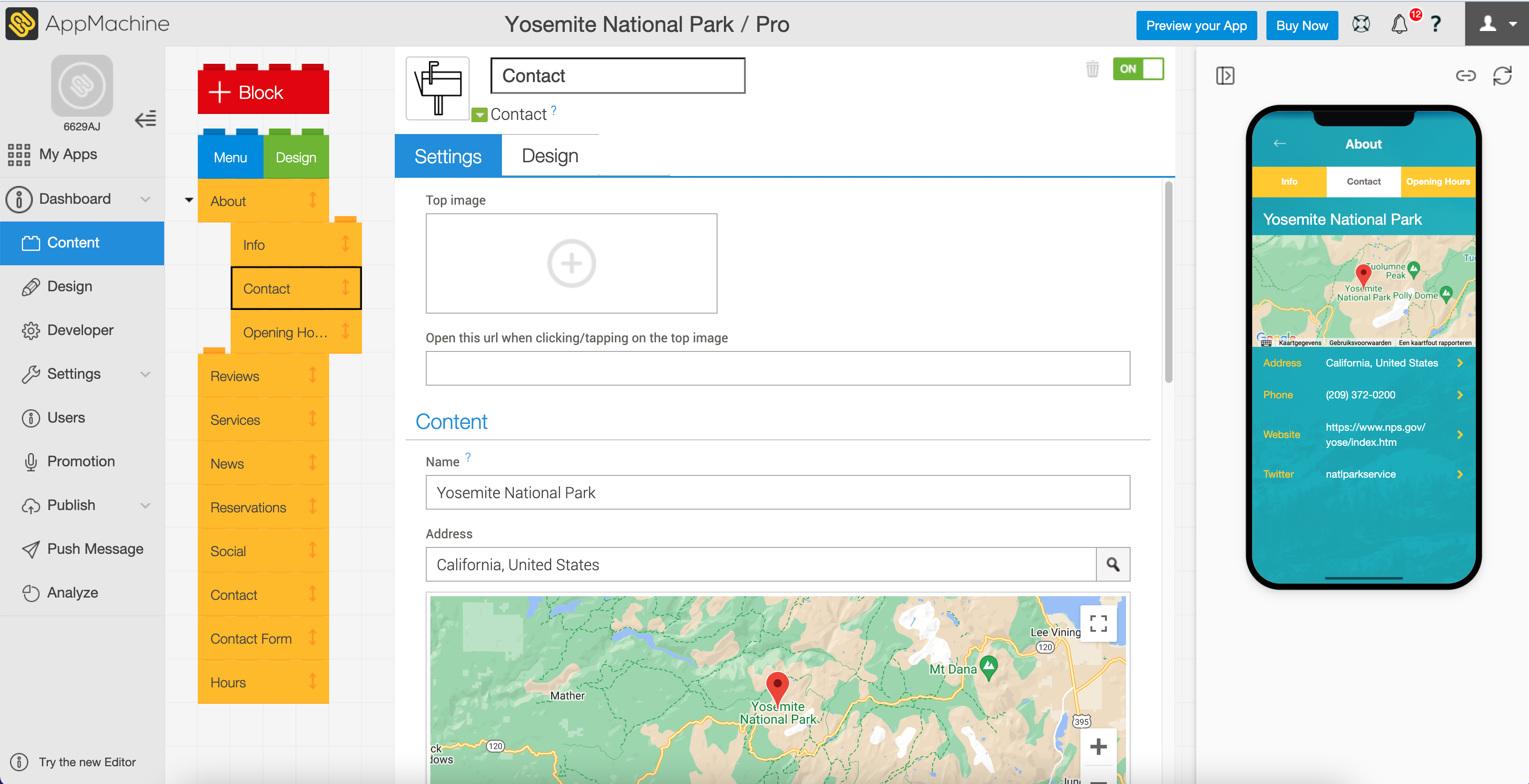 The experience of using your app on the web will be similar to the current native app experience. Previewing a web version of your app makes it easier for us to provide you with a version of your app that you can view in your browser, which instantly shows any change you make to your app, without having to install anything.

We have to admit that the app blocks we all used to love have become a bit outdated. App interfaces have changed over the years, and not all app blocks provided within AppMachine have been able to keep up. That’s why we’ve made some overdue changes to almost all app block templates.

While most blocks will remain the same - functionality wise - they have been adjusted to make better use of larger screen sizes, higher resolutions and better graphical effects (such as screen transitions, shadows and rounded corners). Overall this has made them cleaner and easier to use, without making drastic changes to the screen layout.

By switching to a new technology, we’re automatically improving the security of any app built with AppMachine. The new libraries used are more stable and make better use of the security features built into the devices they run on.

Our new Flutter apps are built with the latest security standards, like TLS1.3, WAF and more. Many of the integration with Third Party api’s like Google Maps, Facebook or different providers, are updated to the latest specification to ensure years of compatibility.

In the next few months we will make some big changes to the way your app can be published. We will make it possible for you to publish this new and improved app to both the iOS App Store and the Google Play Store, and will be adding Web publishing to the list.

The changes we’re making are necessary since the App Store and Play Store have altered their requirements on how new apps should be published. With our changes we strive to not only match these requirements, but to also make it easier for you to get your app published exactly the way you want.

We will bring these changes to you in 4 steps:

When you publish your app in the period between the end of March and half of May, the resulting app will still use the “old” blocks. This means that there will be a difference between what you see in the previewer that is included in the Designer, and the actual app that is published.

The illustration below summarises the release timeline:

A
Arne is the author of this solution article.

Did you find it helpful? Yes No

Send feedback
Sorry we couldn't be helpful. Help us improve this article with your feedback.